The current issue of Uncut – in shops now or available to buy online by clicking here, with free P&P for the UK – features an exclusive extract from Richard Thompson’s forthcoming memoir Beeswing in which he recalls how, in 1967, the newly formed Fairport Convention took their first tentative steps into London’s burgeoning underground scene. In addition, Thompson talks candidly to Uncut about the process of writing the book and how he feels now looking back at those naive and exciting early days…

RICHARD THOMPSON: “The ’60 and ’70s continue to be musically of great interest to people. Although we thought it was very ordinary at the time, it does turn out to have been an exceptional period – a great musical crossroads. I thought I’d just chuck down some reminiscences before I popped my clogs, as they say. Not that I intend to any time soon!

“You think that you remember everything, but when you actually sit down and start to write, stuff comes out that you’d forgotten. I think it helped me, actually. There was a kind of catharsis in writing about that time, which was part joyous – as it is when you’re a teenager – and part painful. You forget about the painful stuff, but that mix is in there, and it was quite extraordinary to go back and really think about it.

“I suppose I was fortunate in the people I gravitated towards. Meeting Simon [Nicol] and Ashley [Hutchings], who became the core of Fairport, was a wonderful thing, and a crucial thing. Very early on, about 1967, I could tell we had some kind of musical future, even if it only lasted a year. That was good enough for me, and I could put off thinking about getting a real job until I was at least 22. Then when Sandy [Denny] joined, that made us a really good band – we felt this was actually something quite transcendental. All we wanted to do was play music to an audience, and it just happened to be that time when the floodgates were opened and so many bands could pass through. We felt that circumstances dragged us along. There was a musical explosion in London – so many different styles were emerging that you could play almost anything and be accepted. You could play folk-rock and be accepted by an audience that also listened to The Crazy World Of Arthur Brown and Pink Floyd. It was all just part of the hippie culture, this underground musical revolution.

“The scene was a real community – people would help each other out, lend each other gear, tow each other back down the M1. Now people say, ‘My God, you played with Hendrix?’ But at the time it didn’t seem that exceptional because he would jam with a lot of people. Musicians weren’t really celebrities back in those days; that came later.

“I had to be cajoled into starting the book, but once I started I really enjoyed the writing process. You can write a song in 10 minutes – I’m not saying it’s always that quick, but it’s a much swifter and less detailed process. You can be a lot more abstract and poetic in songwriting, you don’t have to fill in the gaps. Writing prose, you have to be more linear. It takes structure, more discipline. I tried to write for at least a few hours a day. And as much as I enjoyed the writing process, I hated the editorial process – handing it over to other people. Having not been edited ever as a songwriter, that came as a bit of a shock. Suddenly you have to justify yourself to other people!

“There are a couple of songs I’ve written since finishing the book that seem to be reflective of that time period. I often refer back to earlier times because songwriting is almost a decoding of your own life. So I’ve done a couple of things that have been, I suppose, brought up by the process. I don’t know about laid to rest, that sounds a bit too final – or pretentious! But it’s helped me to put some events from the ’60s and ’70s into perspective.”

You can read the full extract from Richard Thompson’s Beeswing in the May 2021 issue of Uncut, out now with The Velvet Underground on the cover!

Source: Richard Thompson on the flowering of Fairport Convention | UNCUT

A follow-up to this spring’s Song For Our Daughter may be a little way off, explains Laura Marling. “If I’m on the road for an extended period of time, I tend to have written an album by the time I get back,” she says. “Obviously that’s been completely scuppered by coronavirus. When I’m at home I play the guitar but I don’t really feel the need to write – I mean, I’m at home, I’ve got nothing to miss.”

For now, though, there’s her extensive back catalogue to enjoy, and it’s this body of work that the songwriter is taking us through here; from her first studio experiences to orchestral arrangements for three bass guitars, via her own personal highpoint, 2013’s Once I Was An Eagle: “It’s just one of those things, maybe a once-in-a-lifetime thing.”

Along the way, Marling ponders her time in Los Angeles, being one half of Lump and her mission as a solo artist today. “I’m not trying to reinvent the wheel,” she says. “As much as I love Blake Mills’ production on Semper Femina – and I would take that any day – really it’s about whether I’m a good songwriter. That’s all I’m really interested in.”

We had four weeks at Eastcote Studios, two weeks doing my record and then a further two weeks back-to-back doing the Noah & The Whale record. We laid down the bass, drums, guitar and vocal all at once, and then we did overdubs – this is the same for all albums I’ve done, pretty much. My dad ran a recording studio which shut down when I was quite small, but I remember growing up around all of that outboard gear at home. So I guess I was slightly more familiar with the studio than the average 17-year-old, but still it was my first proper session. These were all my first songs, written from the age of 16-17. There was a batch of songs before that that were on an EP, “London Town” – I didn’t like them very much by the time I got to making this. I haven’t listened to this for a long while, I very rarely play any of those songs live, so it’s a bit of a distant memory to me now. And the production was very much of the time I guess, that ‘new folk’ world – glockenspiels and banjos and whatever – which is good, that’s what it was supposed to be then. I don’t really think of this as part of my catalogue. END_OF_DOCUMENT_TOKEN_TO_BE_REPLACED 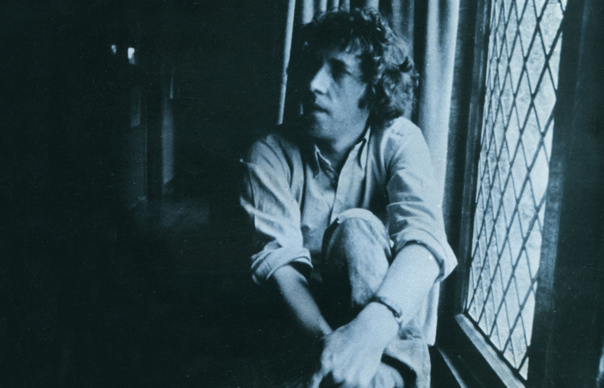 In the days before he had a reputation – even before he had a guitar – Bert Jansch had a passion for blues and traditional music. A fan of the playing of Scottish guitarist Archie Fisher, and exposed to the Eastern-influenced music of guitarist Davy Graham (he learned Graham’s “Anji” from a demo tape), Jansch was intoxicated by the possibilities of the guitar, and thirsty for experience.
END_OF_DOCUMENT_TOKEN_TO_BE_REPLACED