They say a change is as good as a rest but for Tracyanne Campbell, working on her latest album was more than that. Recently she’s had a bit of a busman’s holiday, up in the Highlands to record an album with Bristol songwriter Danny Coughlan, and taking inspiration from the surroundings – something she learned …

Recently she’s had a bit of a busman’s holiday, up in the Highlands to record an album with Bristol songwriter Danny Coughlan, and taking inspiration from the surroundings – something she learned when working with her band Camera Obscura.

“Getting away from home, free from distractions, going to another country or city, inspires you in all sorts of ways – the people or the weather or how the place looks,” says the singer from her Glasgow home.

The location on this occasion was Helmsdale, not far from John o’Groats. “That drive up the A9 to the Highlands is pretty special”, she enthuses, “it’s such a beautiful spot.”

At the suggestion of Camera Obscura’s manager (and Teenage Fanclub’s drummer) Francis Macdonald, the pair found their inspiration at the studio of Edwyn Collins – the former Orange Juice frontman, who recuperated there following his life-threatening stroke in 2005. And indeed, he ended up producing the record too.

As well as lending the duo his vintage gear – including the guitar pedal used on his biggest hit ‘A Girl Like You’ – Collins also contributes backing vocals, his dulcet tones to be heard on the lead single ‘Alabama’. That song tells of a place and a time far away from the Scottish Highlands – recounting a trip to the southern state during a Camera Obscura US tour.

It also pays tribute to Carey Lander – the band’s keyboard player who sadly passed away in 2015 following a battle with bone cancer.

“We’d only been once to Alabama,” Campbell remembers of her time touring with her band, “The song’s pointing out the… unusualness of it – God, we’ve been to Alabama together, that’s mad!”

That’s the only tune on the record that concerns her friend, but may not be the last.

“I’ve written a lot about Carey since she passed away,” Campbell reveals. “She had a massive effect on all of our lives. But ‘Alabama’ is the only one I want to share for now.”

Despite being responsible for Camera Obscura’s songs, she now has Danny – who usually works under the name Crybaby – working alongside her. “In 2013 he asked me to sent me a song,” she recounts. “But it was finished so there was nothing for me to do with it, but I really liked it and liked his voice.”

Crybaby ended up supporting Camera Obscura and the two ended up writing – “two songs became three” – and we have the album, a real mix of styles ranging from Americana-tinged ballads via country to Coughlan’s classic songwriting.

That’s not the end of it – already there are a few songs left that didn’t make it onto the album, and the pair will work together again.

“Unless no-one buys the record or turns up to the gigs,” the self-effacing Campbell says brightly. “We’re having a bash!”

Source: Feature: Tracyanne and Danny – take a trip – is this music?

When the sumptuous, soul-warming sound of Tracyanne & Danny’s debut track Home and Dry dropped unexpectedly in February, fans experienced a twofold reaction: both joy and relief.In October 2015, a rare form of bone cancer called osteosarcoma robbed the life of Glasgow indie pop band Camera Obscura’s keyboardist Carey Lander. That is the exact word Lander’s bandmate and best friend, singer-songwriter Tracyanne Campbell, uses three years on: robbed. “We were all robbed of Carey,” she laments sternly, angrily. “And the band was robbed of our job.

”A crowdfunding campaign launched by Lander in her final days went on to raise more than £102,000 for Sarcoma UK, bringing some tiny semblance of light to the tragedy. But after that there was only lingering sadness and silence, the group’s future left uncertain. Lander’s illness claimed the life of a much-loved and talented musician at just 33, but it also silenced a popular band in their prime. 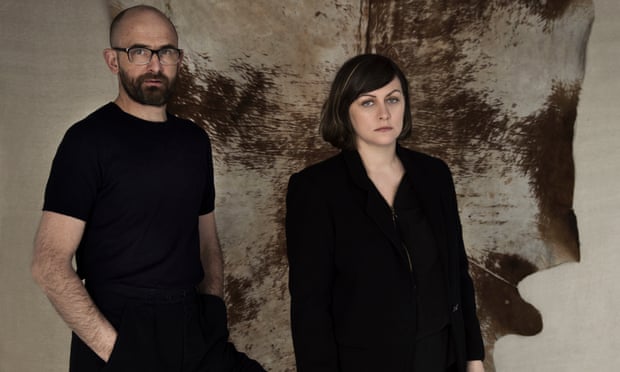 So it is a relief to learn that Campbell was silenced only temporarily. Home and Dry was the first taste of a full album recorded in rural seclusion at Edwyn Collins’s cliff-top Clashnarrow studio, near Helmsdale on the north-east coast of Scotland. A tender and crisply realised collection of panoramic pop vignettes and yearning love songs, it’s a collaboration with Danny Coughlan, the Bristol-based singer-songwriter known as Crybaby. A close friend who shares Campbell’s love for ornate 60s guitar pop, Coughlan was the creative foil she needed to swap song ideas with by email in a delicate process of confidence and career rebuilding [ . . . ]