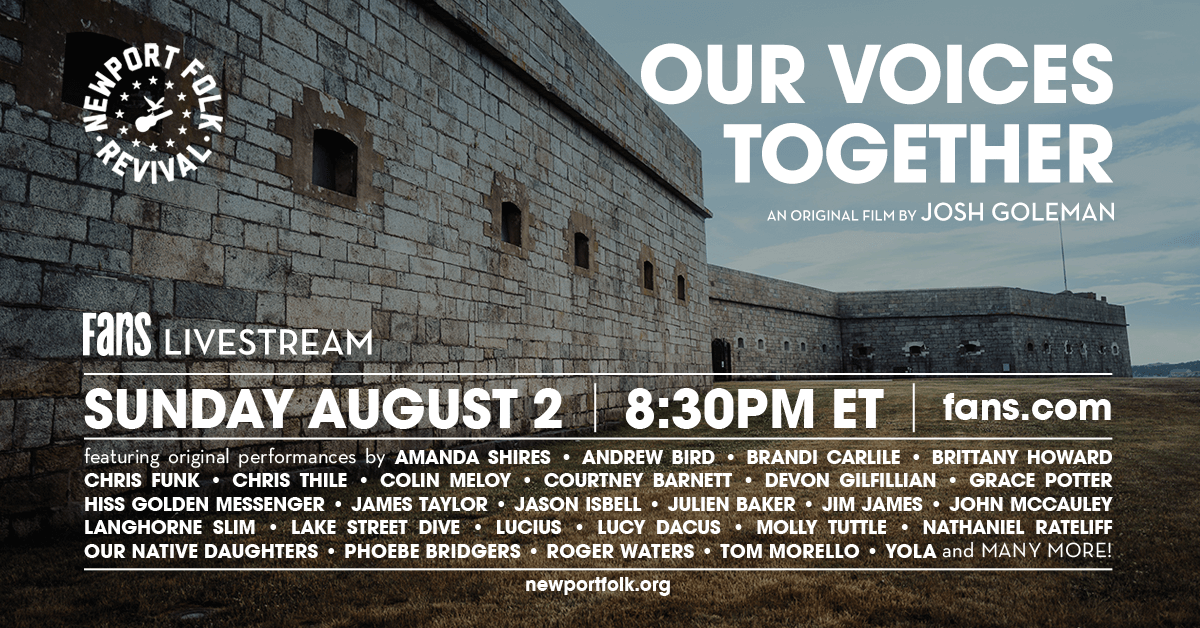 ‘Tis a little-known-fact that THE HOBBLEDEHOY’S editor-in-chief Johnny Foreigner spent many days of his youth on the streets of Newport, Rhode Island – famous for Danish socialite Claus Von Bulow (found not guilty at his second trial of killing his wife “Sunny”); The America’s Cup Sailing Races; and of course, the Newport Folk and Jazz Festivals. Where was it that Bob Dylan first  played an electric guitar in concert? Why, in Newport, of course! Normally, Johnny Foreigner would be sitting on a blanket in Fort Adams and digging the festival vibes these past weekends, but due to the Covid virus, all events were canceled. Ah, me.

This terrific new film – OUR VOICES TOGETHER – is available for online viewing starting Sunday, August 2.

“Newport has a 60-year history of giving artists a place to play, collaborate, and speak to the times. It has been a megaphone for not one singular voice, but many. Although this year there is no physical stage, the spirit of the Newport Folk Fest continues on through this film with a collection of original performances and an ending Newport fans expect each year: A moment of togetherness.”

It may be the next best thing to actually being in Newport for the live festivals, and your contribution will help fund future festivals. Please watch and give what you can! This film will only be viewable for 24 hours.

And please tell THE HOBBLEDEHOY your opinions of the film, the festival, and also whether or not you think Claus actually murdered his wife “Sunny” in 1979.

New Fav: This Is The Kit