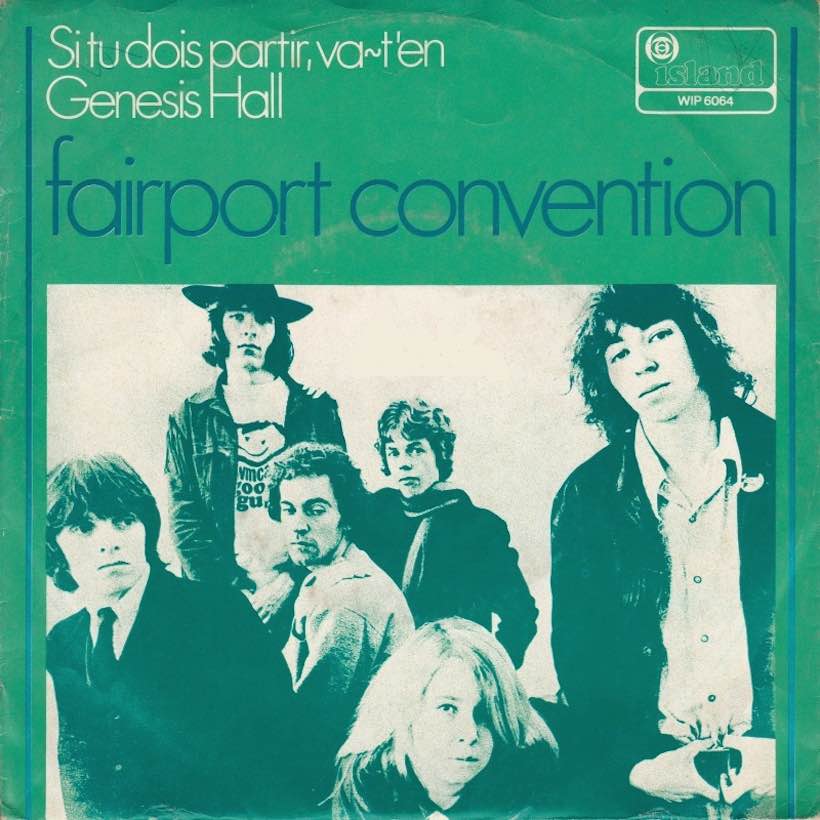 A Bob Dylan cover landed the folk heroes on TV and in the UK singles chart.

Hit singles were never the name of the game for Fairport Convention, who made (and have kept) their reputation on full-length albums and fine live performances. But there was just one exception to that rule, and it showed itself on the UK singles chart for July 23, 1969 — when Fairport translated Bob Dylan into French, with a song that landed them on Top Of The Pops.

“Si Tu Dois Partir,” their French version of Dylan’s “If You Gotta Go, Go Now,” entered the bestsellers that week, tickling the bottom of the Top 50 chart at No.47. The very sight of Fairport in the hit parade was incongruous, especially sandwiched between Smokey Robinson and the Miracles’ “Tracks Of My Tears” and Tom Jones’ “Love Me Tonight.” But they sensed the Island single had potential, and they were right.

‘A load of rubbish’

When the idea cropped up of covering the song in a Creole style, it was lead singer Sandy Denny that suggested they should also do it in French. She later disowned the entire idea, calling it “a load of rubbish” and adding venomously: “The people who bought that record were cheated. If they didn’t know us, they’d think we were some French group.”

Dylan wrote “If You Gotta Go, Go Now” in 1964, but didn’t release his own version in either the UK or the US until it appeared in his Bootleg Series of albums in 1991. A different version by Bob became a Dutch single in 1967, but by then it had been snapped up as rich cover fare.

British group the Liverpool Five won US airplay, but no chart honors, for their 1965 version, before the hit factory that was Manfred Mann took their rendition all the way to No.2 in the UK in 1966. French star Johnny Hallyday was among the other artists to record an interpretation.

Fairport translated the lyric into French in their usual lighthearted way and released it as a single at the same time as their third album Unhalfbricking, on which it featured. The 45 climbed steadily, helped by the (inevitably lip-synched) appearance on TOTP, and spent two weeks at No.21.

That unlikely success helped Unhalfbricking climb to No.12 in the UK. “Si Tu Dois Partir” was the only visit to the singles chart that the band ever made, but it had been quite an adventure.

Source: ‘Si Tu Dois Partir’: Fairport Convention In French, And On ‘Top Of The Pops’