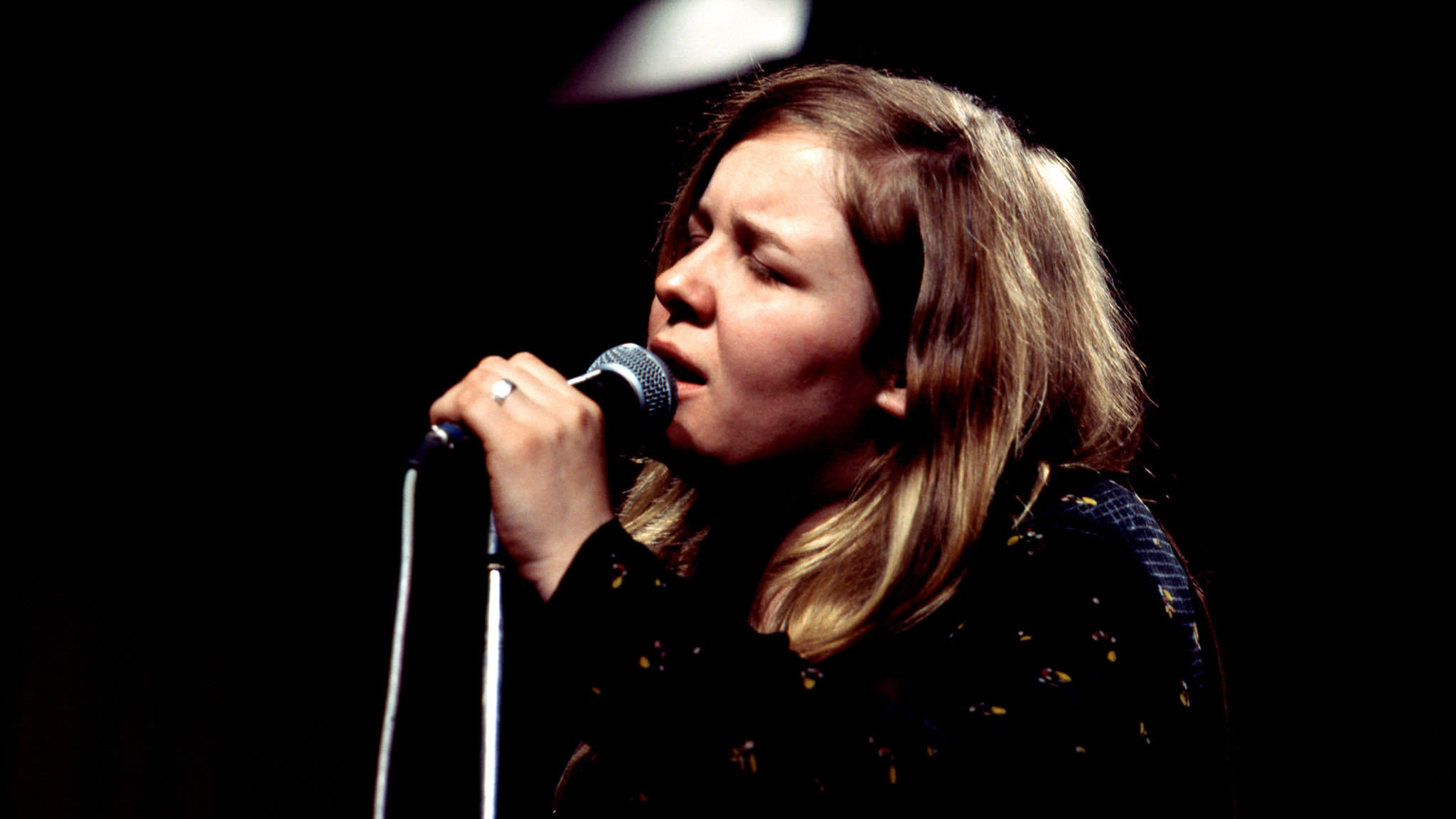 Written when the singer was just 19, this plaintive song has been covered extensively

The inmates of Wandsworth prison in London who participate in the Liberty Choir singing programme have a favourite song. In a recent BBC Radio 4 report on the community choir’s work inside the jail, presenter Mishal Husain observed the effect of this song on the prisoners: “Some sing, others close their eyes, one drops his head right down and I can see that he’s crying.”

But it’s not just those serving prison sentences who have their heartstrings tugged by “Who Knows Where the Time Goes?”, the reflective, melancholy masterpiece of singer-songwriter Sandy Denny. Rufus Wainwright, who performed it at as a tribute to Denny at the 2016 Radio 2 Folk Awards, thinks it “one of the saddest songs ever written”. Singer Linda Thompson once joked that her close friend Denny wrote “songs that people can shoot themselves to”.

Across its three brief verses, Denny uses images of a “sad, deserted shore”, birds migrating and seasonal change to evoke a profoundly plaintive sense of loss and of the passage of time.  There is a thin shaft of light in the last verse — “I am not alone while my love is near me” — but it does little to dispel the overwhelming sense of regret and sorrow.

The version of the song that most regard as definitive was released almost exactly half a century ago on Unhalfbricking, the third album by folk-rockers Fairport Convention and their second with Denny as a member. Here her vocal is emphasised by the delicate filaments of Richard Thompson’s understated electric guitar work, but it is the haunting voice, both powerful and fragile, that hooks the attention and reels you in.

Alexandra “Sandy” Denny was born in Wimbledon, London, in 1947 and began singing in London’s folk clubs in the mid-1960s. “Who Knows Where the Time Goes?” —  originally titled “Ballad of Time” — was, astonishingly, among the first songs she wrote, at the age of 19.

There are home demo versions but she first recorded the song professionally with The Strawbs in 1967, when she was briefly in the band. They didn’t then have a deal and the album, All Our Own Work, wasn’t released until 1973.

In fact, the American folk singer Judy Collins acquired a copy of a demo and recorded and released the song before a Denny version was ever available to the public. It’s on Collins’s 1968 album of the same name and was the B-side of a single that spent nine weeks in the US charts, earning Denny around £10,000 in royalties.

Two years later came a Nina Simone interpretation, on her 1970 live album Black Gold. “Let’s see what we can do with this lovely, lovely thing,” she says in her introduction. It’s a wonderful, tender, sparsely arranged version. Simone’s voice is like warm honey and she adds some all too brief silvery piano lines.

It has since become a standard. Numerous artists have taken a tilt at it: Eva Cassidy, Nana Mouskouri, Mary Black, Lumiere with Sinéad O’Connor, Susanna Hoffs, Kate Rusby and 10,000 Maniacs among them. It was most recently recorded by by Eleanor Tomlinson, Demelza on BBC1’s Poldark, on her debut album last year.

But, as Denny’s biographer Mick Houghton says: “There’s no cover version that comes close [to Denny’s]. The underlying sadness is already in there but what makes it even sadder is what happened later.”

Although she was twice voted Britain’s best female singer by the readers of Melody Maker and had a devoted following, Denny’s post-Fairport career as a solo artist never really took wing. She died in 1978 at the age of just 31 from a brain haemorrhage after falling down stairs. It was the third such fall she’d had in as many weeks. “Who Knows Where the Time Goes?” was the last song she sang at her last ever performance, a village hall fundraiser for her local school.

Not everyone sees it as a mournful number. Linda Thompson now says: “I don’t find it to be sad. Great music is always uplifting to me. She was so young when she wrote it but it pinpoints exactly the feelings I have now, at 71. It also resonated strongly with me when I was a teenager. Love and loss portrayed so sweetly. A song for all ages.”

‘The Life of a Song Volume 2: The fascinating stories behind 50 more of the world’s best-loved songs’, edited by David Cheal and Jan Dalley, is published by Brewer’s.