This. Is. Excellent.
– Johnny Foreigner 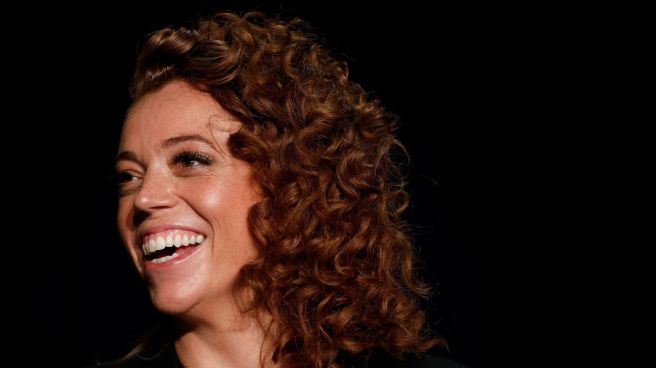 I was waiting until my unbridled anger died down before I wrote about this Michelle Wolf nonsense, but it’s nearly 4pm on a Monday, and I’m still shaking from rage.

Of course, silly Kevin, it’s the new era. You’re basically Bruce Banner if Bruce Banner was always the Hulk and then just exploded one day.

In the interest of my mother, who has been begging me not to swear so much, I’m going to leave the implied obscenities just that—implied—and let you fill in with your favorite verbs. I like the one that starts with “F” but that’s just me.

Let’s begin, shall we?

In no particular order—

_____ Maggie Haberman for claiming Wolf attacked Sanders’ appearance and sticking by that claim even when proven wrong by, essentially, ALL of Twitter. It’s a little scary when a so-called journalist doubles down on a falsehood just because she doesn’t want to look stupid.

________Everyone who defended Sanders while conveniently not attacking her boss, the President, who, like the spineless weasel he is, let her go there and be mocked instead of going to take the jokes himself like every other ______-ing President has.

_______The people who are calling Sanders a “working mother” as if this administration trying to dismantle Planned Parenthood, fight equal pay for equal work, and normalize sexual assault in the workplace, will no have no affect on working mothers.

______Everyone who thinks calling a woman “Aunt Lydia” has anything to do with appearance and not agenda. And, coincidentally, if it was about appearance, what exactly are these people saying? That Ann Dowd is some bridge troll? Rude. She’s a lovely Emmy-award winning actress. So _____ you people.

_______Mika who was actually attacked by the President and yet seems to forget what an attack looks like, because she rushed to condemn Wolf like she or her Morning Joe co-star have any credibility after turning their show into _____-ing Love Connection for Talking Heads.

_______The WHCA for not standing by Wolf, who was THEIR choice in the first place. Did we all suddenly forget what the point of the dinner is? And was it really any worse than when Colbert lambasted George W. Bush for, you know, getting us into a war without any actual evidence? I guess that’s cool, because the comedian was a guy? I don’t know. No idea. I just know that we’re living in some awful _______-ing parallel reality where history is just something a bunch of liberals agreed to in order to make the other side look bad. And while we’re on the subject—

______NPR and all these other outlets doing “Conservatives Still Feel Disenfranchised” think-pieces. I guess owning ALL of government isn’t good enough for them, they want the _______-ing CULTURE too. Well, _____that. You’re not getting my culture. You can have the Senate, but I’m keeping Netflix and Iron Man, so go _____ yourself. The reason you still feel disenfranchised is because you’re on the wrong ____-ing side of history, and you can pout and whine and talk to the New York Times all you want, but at the end of the day, you’re still the bad guys in the movie and a hundred years from now your kids will be on some genealogy show wincing when they find out that their ancestors spent hours of time on Twitter trolling the Parkland survivors.

And finally, ______The media for letting corrupt politicians and their supporters hand them new narratives because they don’t like the ones they’ve been given. “Oh, you don’t like the whole Russia thing? Cool, what would you like us to talk about? Some comedienne going too hard on you? Sure, sounds good.” ______ off. ____ all the way off. Find off on a map and _____ all the way there.