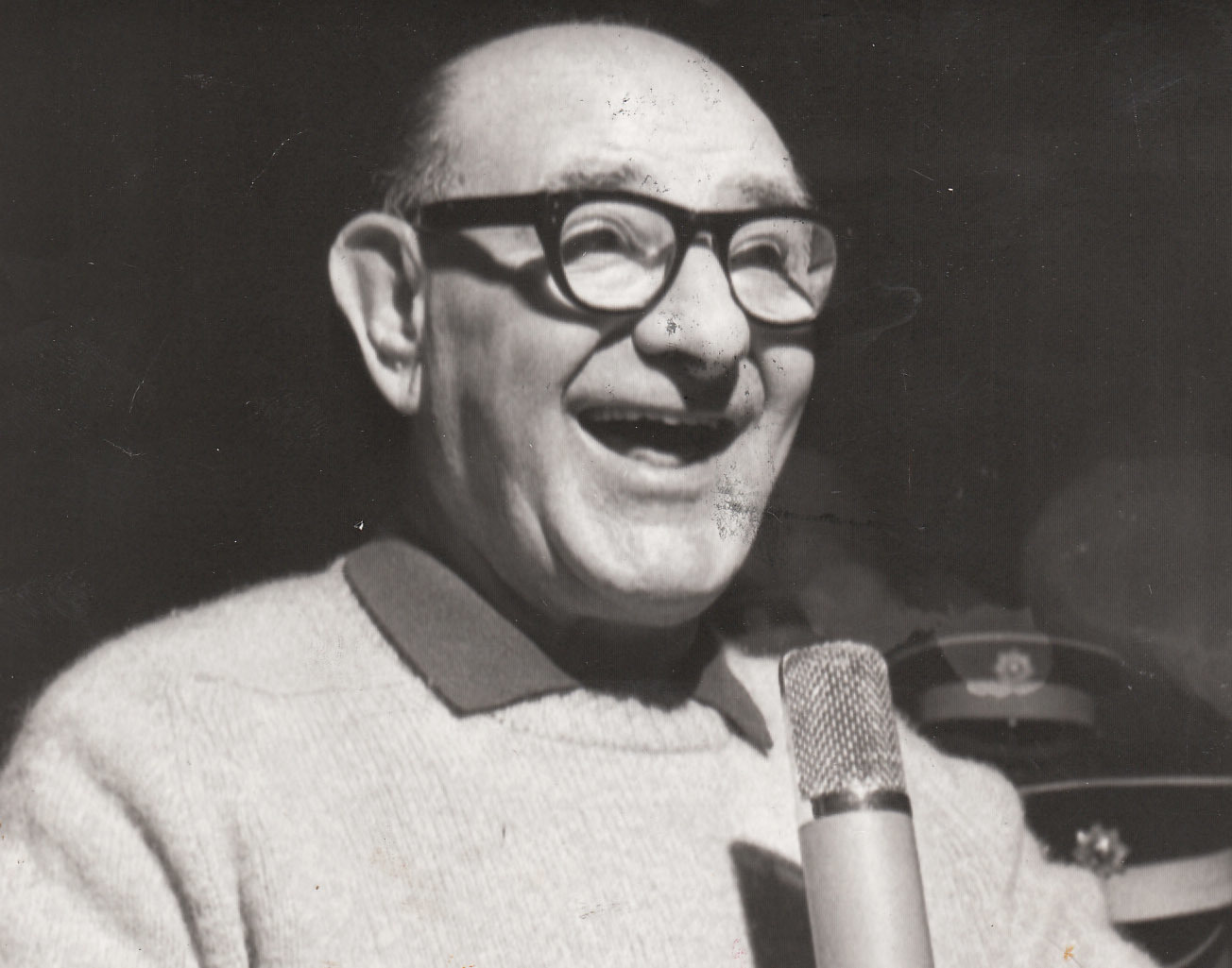 IN 1925, a musichall comedian who went by the stage-name of Robert Winthrop was touring the cinemas and variety theatres of the Durham coalfield.While entertaining the mining communities, his eye was on another act that was also hopping from booking to booking in the halls: Mrs Stacey’s Young Ladies, a dance troupe, in which Annie “Curly” Quinn starred.

She was the daughter of an Irish comedian, Jimmy Quinn, whereas Robert – born Chaim Reuben Weintrop – was from a Polish Jewish background and had fought in Flanders during the First World War.

At Hetton-le-Hole, Robert serenaded Annie with a ukulele in one hand and a duck in the other. When he’d finished playing the ukulele, he handed the duck over to Annie’s landlady and, when roasted, it “made a wonderful meal.”

Next week they were in Houghton-le-Spring, which allowed Robert to sneak up to Newcastle where he spent £3 10s on an engagement ring.

The following week, he was at the Pavilion in Grange Villa – “just a row of miners’ houses and a theatre”, he said in his biography – near Chester-le-Street while she was down the A693 in West Stanley.

Perhaps their theatrical diaries were about to tear them apart, but that week they booked the register office in Chester-le-Street, and with Robert’s straightman, Tommy Hunter, as best man, and the landlady and her husband of his digs in Grange Villa acting as witnesses, they got married.

Afterwards, they had a bite to eat at the co-op café. It cost Robert 6s 3d for the five of them, which left him nine pennies to leave as a tip for the waitress.

Then for the happy couple it was back to Annie’s lodgings in West Stanley, but the landlady refused to believe that they were man and wife and turned them out when they tried to begin their married life in the same bed beneath her roof.

So they headed further west down the A693 and in Consett, that most romantically-inclined of places, they spent their happy honeymoon.

A year or so later, Robert had changed his name to Bud Flanagan – in the trenches, he had vowed that he’d “make a a laughing stock” of the name of an anti-Semitic Sergeant-Major Flanagan – and he had teamed up with Chesney Allen, whom he had first met in Flanders, to form Flanagan and Allen.

They were part of the original Crazy Gang of performers in the west end of London, and became the biggest musichall stars of the 1930s – Underneath the Arches was the No 1 hit of 1932. When war broke out, their gentle humour was still popular, and their song mocking the Germans, We’re Going to Hang Out the Washing on the Siegfried Line, was another big hit.

Entertainment had moved on by the time the war came to an end, and Flanagan and Allen were never as big after it as they had been before. However, shortly before his death in 1968, Bud Flanagan recorded what must be his best known song – certainly his most played song: Who Do You Think You Are Kidding, Mr Hitler?, the theme to Dad’s Army, written by Jimmy Perry as a pastiche of real Flanagan and Allen war songs.

And to think that north Durham has an important, matrimonial part to play in his story: in fact, it is believed that in 1926, when Bud and Annie’s son Buddy was born, his birth was registered in Chester-le-Street.

ALL of this comes to light because of our series of articles on Durham coalfield cinemas that we’ve been running recently.

We are indebted to Michael Curry, who says: “I was born at Newfield near Pelton in 1945. We had a choice of three local cinemas: the Grand at Newfield, the King’s at Pelton and the Pavilion at Grange Villa.

“Our local was the Grand, which was adjacent to the Newfield Inn – 7d on the bench seats at the front, 10d for the middle seats and 1s 1d for the raised seats to the rear, although there was no balcony.”

The King’s Cinematograph Hall opened in Pelton on April 20, 1922, with 975 seats, and, unusually, Sunday opening was allowed. The Coronation Pavilion, where Bud Flanagan played, was opened in time for Edward VII’s coronation in 1911. It was initially just a musichall theatre but the following year, it gained a cinema licence so it could show films to its 850 seats.

All three seem to have closed in the early 1960s, and Michael has kindly sent pictures of what they look like now. The Grand has been demolished and is now a car sales lot. The King’s became a tyre warehouse and has fairly recently been replaced by a residential development, but Bud Flanagan’s Pavilion survives – after a spell as a bingohall, it was converted into houses, but you can still see where in Grange Villa he played during one of the most memorable weeks of his life.

AS Bud Flanagan noted in his biography, Grange Villa was “just a row of miners’ houses and a theatre”. Its story dates from the arrival of the Stanhope & Tyne Railway in the district, which encouraged the opening first of the Alma Pit (named after the 1854 battle in the Crimea and also known as West Pelton Colliery) at Grange Villa in 1858 and then the Handenhold Colliery a little to the north in 1860.

Read full story at: Voice of Dad’s Army – one half of Flanagan and Allen – spent his honeymoon in Consett | The Northern Echo